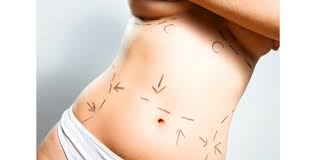 Michelle Obama – The first lady turns 50 later this week states that, “Women should have the freedom to do whatever they need to do to feel good about themselves”. This includes Botox. Right now, she doesn’t see herself going in that direction but she has learned to never say never. Michelle promotes that being active should be a very important aspect of every woman’s life.

Barbie Plastic Surgery App – A game which was recently launched last week that was rated for children 9 and older was pulled from the app store. The app walked players through the graphics steps of liposuction that must be performed in order to make her look slim and beautiful. These steps include anesthetics, scalpel incisions, and fat suctions. These were repeated multiple times on a woman’s “problems areas”. The app sparked a large outrage over the internet and a twitter account, EverydaySexism, started a twitter campaign to have it removed. The tweets were quickly retweeted and shared multiple times and the app was pulled a few hours later by Apple. It should be noted that this app was not associated with Mattel and was developed by an independent third party.

Teens Tormented Over Looks – A nonprofit in New York has been formed in order to provide free plastic surgery for low-income children who have facial deformities. Kids who are being bullied are considering opting for these procedures. This would be considered a “smart way” to get out of being bullied in school. Ethical questions are being raised about whether or not this is a good idea. Should we be teaching children at a young age that plastic surgery is an acceptable way to cope with bullying? It raises another concern that as children learn to accept that plastic surgery is ok at a young age what will happen to them as they turn into adults?

Plastic surgery has been coming up in the news more and more as it becomes more and more accepted by society. It is not the stigma it once used to be. As we can see by these headlines young and old accept it. Take a closer look at upcoming blog posts for more plastic surgery related news.