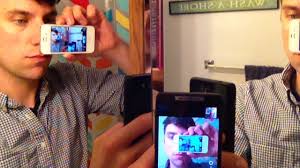 ecently there was a story that was going around social media that taking selfies was being classified by the American Psychiatric Association (APA) as a mental disorder. However this is nothing more than a rumor even though we may believe that some of our friends and family may exhibit this behavior. The story was originally published on Adobo. On Adobo’s about page it states that it is “your source of up-to-date, unbelievable news. Everything you read on this site is based on fact, except for the lies.”

Even though that story was a hoax, there are some that are in fact so crazy that no one can expect it to be reality. Triana Lavey, a talent manager in Los Angeles, used to use filters to make herself look “perfect” in selfies. She got tired of using filters and decided to opt for surgery. These included: additions to her cheekbones and chin, nose job, and fat grafts. The total cost for this was $15,000.  Triana was worried about how she looked in Facebook and Instagram photos so she decided to change that, but is it worth it? Could this be considered mental disorder in the future?

In other news, we already know that plastic surgery in Korea is very popular. However, did you know that many of those who have recently opted to travel to Korea to have these surgeries are being stopped by immigration control? The reason for this? They didn’t look anything like their passport photo. Surgeons are being forced to draw up certificates with the patients’ passport numbers, length of treatment time, and the hospital which they were treated at.

Another new surgery that is becoming more popular are surgeries which lengthen or shorten toes, remove bunions or even inject fat into the soles in order to fit into designer shoes. The surgery has been dubbed the “Cinderella surgery”. Previously, women have gotten surgeries in order to correct “high heel foot”, “hitchhikers toe”, or even had botox injected into their calves to fit into certain boots and skinny jeans.

With Dr. Clayton Moliver and Dr. Fred Aguilar, our practice is the proud home of 2 of the top plastic surgeons in the Houston area. Their combined expertise has brought beautiful results to thousands of patients — all with a genuine, 1-on-1 approach.