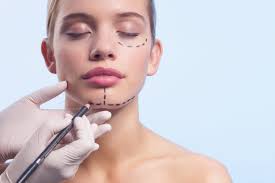 There is no doubt that there is an increase in the amount of plastic surgeries that are being performed across the world today. The stigma with these procedures has also decreased significantly in recent years. However, which procedures are actually the most common?

Forehead Lift – 42,433 procedures in 2010; Forehead lift is also known as a brow lift. It raises the eyebrows in order to give a more alert and youthful appearance. It minimizes the creases that can develop across the forehead. It can also minimize “frown lines” which are vertical creases which develop between the eyebrows.

Dermabrasion – 68,636 procedures in 2010; Dermabrasion helps to smooth out the skin by using a method of controlled surgical scraping. It is often used to minimize scars or wrinkles. Dermaplaning, which is also similar to dermabrasion, is used to treat deep acne scars.

Breast Lift –89,931 procedures in 2010; Breastlift is also known as mastopexy. It raises and firms the breasts by removing excess skin.

Facelift – 112,955 procedures in 2010; Facelift, also known as arhytidectomy, is a procedure which is known to improve visible signs of aging. It can improve deep creases below the eyelids and creases along the nose which extend to the corners of the mouth.

Tummy Tuck – 116,000 procedures in 2010; Tummy tuck, also known as abdominoplasty, removes any excess fat and skin. In most cases it will restore weakened or separated muscles.

Liposuction – 203,000 procedures in 2010; Also known as lipoplasty, this procedure is used to treat certain pockets of fat in your body. Many people opt for abdomen liposuction however there are other parts of the body which include: waist, thighs, hips, buttocks, arms, neck, back, chest, calves, etc.

Eyelid Surgery – 209,000 procedures in 2010; Eyelid surgery is also known as blepharoplasty. It can improve the appearance of the area surrounding your eyes by a variety of procedures including: removal of fatty deposits, removing loose or saggy skin, etc.

Nose Reshaping – 252,000 procedures in 2010; Nose reshaping is also known as a rhinoplasty. This is most often a cosmetic procedure which improves the appearance and proportion of the nose.

With Dr. Clayton Moliver, Dr. Fred Aguilar, and Dr. Mariela Lopez, our practice is the proud home of 3 of the top plastic surgeons in the Houston area. Their combined expertise has brought beautiful results to thousands of patients — all with a genuine, 1-on-1 approach.