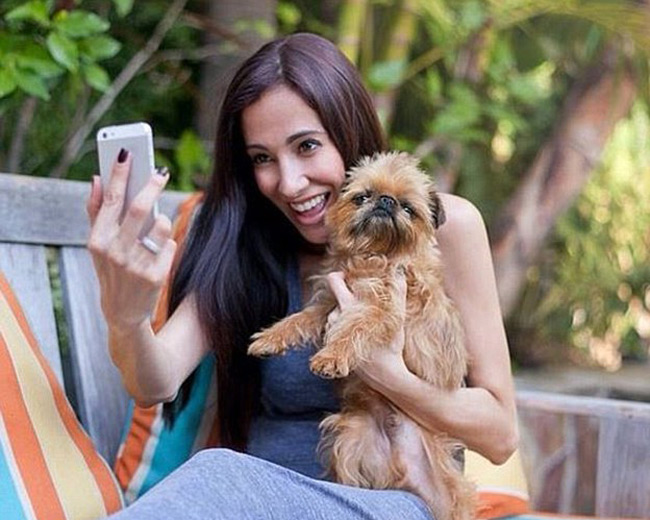 Everyone wants the perfect selfie right? Now there is an app for that. There is a free iOS app called Beauty Mirror which reshapes an image of your face in real-time which would show you what certain features of your face would look like if they were shaped differently. There are four looks or fourteen filters that adjust parts of your face to make you look “better”. The creators are working with fashion and cosmetic labels to bring this to more consumers. What do you think about an app such as this? Would this compel you to have certain procedures performed?

Also this month in celebrity fanatics, a Kim Kardashian Fan spends $30,000 on plastic surgery. Claire Leeson is thousands of dollars in debt after spending a large sum of money to look like Kim Kardashian. The 24 year old from Essex in England admits to spending all the money on hair extensions, breast implants and regular spray tans to keep the famous Kardashian glow. All of this spending has led to a career as a lookalike, but it’s still not enough to clear the $10,000 debt she still has remaining. Leeson even goes on to state that they have the same number of siblings and similar arguments.

The TV show botched is gaining traction with American viewers. It also stresses why certified plastic surgeons are necessary. There are many eager patients who are subjecting them to sub par or illegal procedures in order to save a couple bucks or get it approved without “jumping through hoops”. However you could not only get a “botched” surgery, but it can also be a life threatening. This is growing problem in America and it happens more often than you think. Patients will often bypass doctors and go to someone’s home to be injected with an unknown chemical. This is pretty scary if you think about it.

The show does a good job of casting a light on the commonality of plastic surgery but at the same time patients need to be smart about choosing their procedures and doctors. Regulations are being improved across states but we can’t say the same for Korea and Tijuana.